The release of the latest iPhones is always an occasion for excitement, and this week’s announcement is no exception. Apple’s new mobile devices support the Wi-Fi 6E standard, a harbinger of transformative change we can expect in what people and organizations will be able to do online.

Wi-Fi 6E is a game-changer. Announced in early 2020, Wi-Fi 6E addresses the unprecedented strains placed on Wi-Fi networks caused by the exploding demand and for streaming video, the proliferation of outdoor hotspots, IoT sensors and controls. Not only does it provide a super-fast and reliable signal, but Wi-Fi 6E also clears away major latency bottlenecks that plague many users.

What to expect from SASE certifications

Ericsson Pilots 5G for Time-critical Use Cases with New Software...

What is a Cloud native Network Function?

What is a Virtual Network Function?

Samsung to launch 4G/5G trials with Virgin Media O2 in the UK... 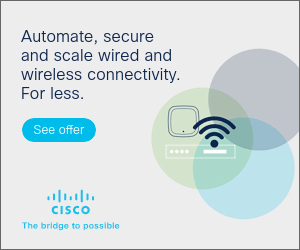